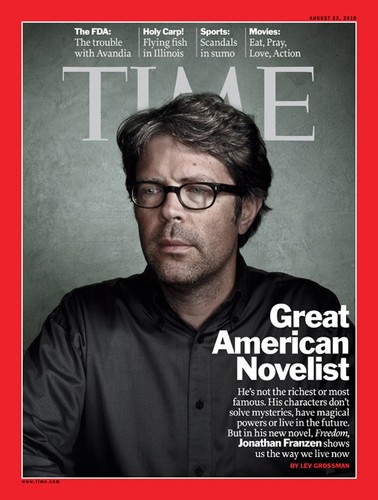 O lançamento de Freedom merece honras de capa da Time. «It's hard to say exactly what makes Franzen so uncomfortable. It could be me, or the prospect of being on the cover of Time. It could be the pressure of having to follow up the huge success of The Corrections, or it could be the much fretted-over standing of the novel in America's cultural-entertainment complex. Maybe it's all of the above», escreve o entrevistador Lev Grossman. «Franzen isn't the richest or most famous living American novelist, but you could argue – I would argue – that he is the most ambitious and also one of the best.» Crítica e excerto do livro aqui.